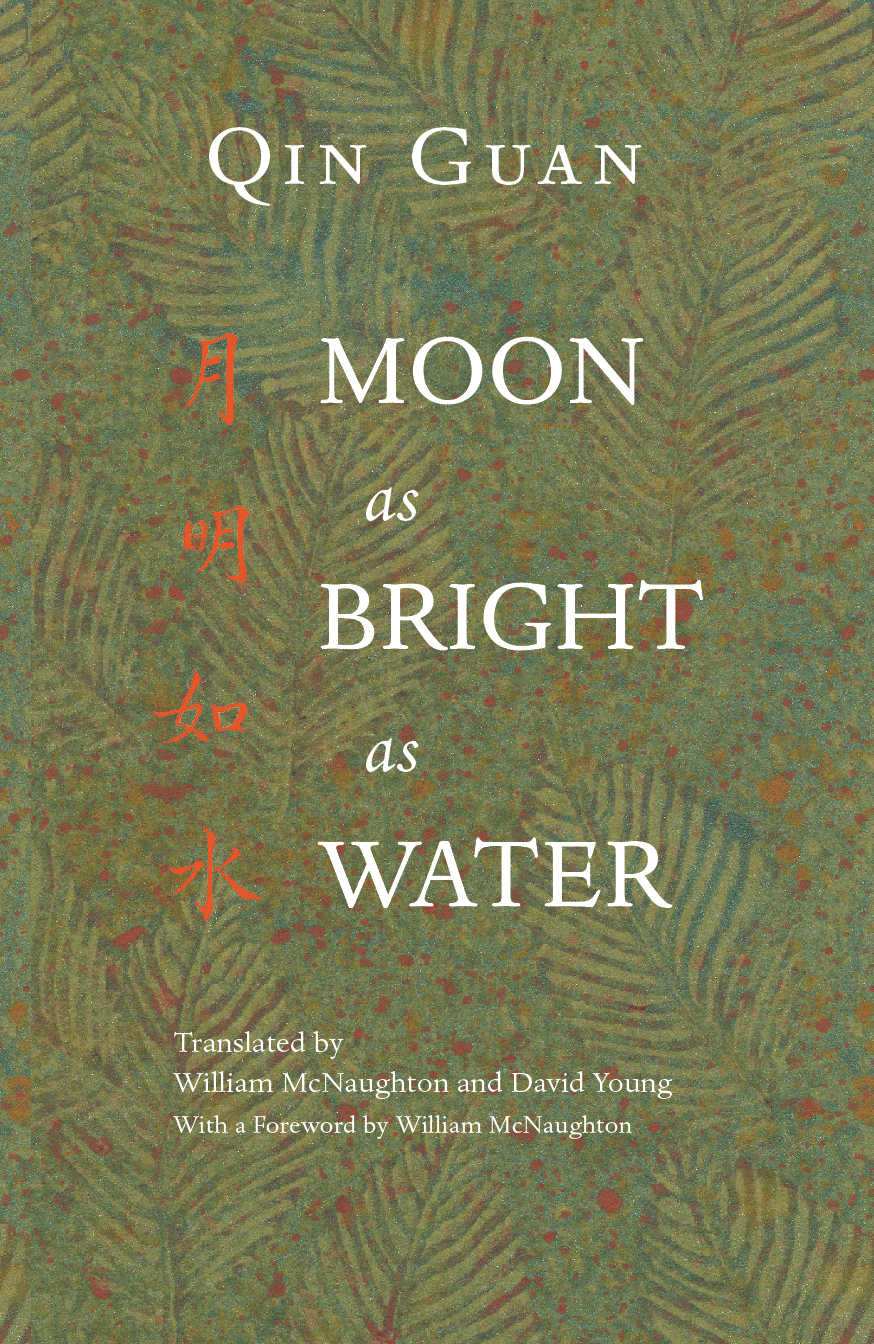 The trade edition of Moon As Bright As Water

Translated by William McNaughton, former chair at Hong Kong University, and poet David Young at Oberlin College, these poems showcase Qin Guan, a relatively unknown 11th -century master of Chinese verse whose company could include the likes of the esteemed Li Po (Li Bai) and Du Fu. Praised by the illustrious Wang An-shih, Guan was a disciple of Su Shih (Su Dongpo) one of China’s masters of multiple literary forms, and who strived to loosen the poetic conventions of the day.

As an acolyte would, Qin Guan blew out the conventional even more by writing about his encounters with courtesans, a subject considered to be a major indiscretion by Chinese society in Keifing. He wrote is a style called t’zu, a lyrical form that McNaughton likens to “cabaret songs” or “words to music” often chosen by the courtesans to sing during their professional entertainments.